#FeesMustFall and other fairy tales

On a Sunday, I usually publish something a little inspirational. Today, I feel the need to rant.

After I sobbed through the footage from universities around the country, I read with interest, an article addressed to white people by a WITS Masters student, wherein s/he admits to being a millennial, and reflects on a Sunday lunch of chicken pie, where the following was observed in the context of student protests:

“Talk about cutting your own arm off,” one woman said mid eye-roll...

This sparked him/her to encourage white people to think more deeply about their bubbles and why they can't leave them.

Dear WITS student, there are quite a few more bubbles...


I'd been thinking about those thought patterns before I read the article. The ones that we white people are trapped in, but should really stop reiterating, because not only are they untrue, they're unhelpful. Every time I've challenged one of the lies listed below, someone looks at me as if I have a problem understanding the truth. I don't. I don't know why you persist in believing the fairy tales.

1. The students have a point, but they're going about it in the wrong way. There is too much violence and destruction of property.


Not true. The vast majority of the demonstrations and protests has been peaceful and powerful. Yes, any destruction of art, history and university equipment is deplorable, and shouldn't happen in an ideal world. But it hasn't characterised these protests, and if you say it has, you are deflecting the argument. Like the ugly sisters who ripped Cinderella's ball gown made from their cast-offs - it's mean and devalues the valid arguments.

2. If fees do fall, that is the end of tertiary education in South Africa.

It's not. Think it through. The students are protesting because of the promise made by government of free tertiary education for all (good summary here). Clearly universities have expenses and lecturers must be paid. No one is saying the government (or someone) shouldn't pay.

Free/subsidized education is not the poisoned apple that the hag offered Snow White in the forest, that made her go to sleep until her prince came and saved her.

3. The government can't afford for fees to fall.

Do the math. The cost is the pea in the Princess's mattress(es)- which she felt through all of them. Because she was that sensitive. Really?

4. University education shouldn't be free for those who can afford it.

Well this one could be partly true. But the fact that the government promised it for all can fundamentally change the lives of the poorest of the poor, who wouldn't otherwise have any access to tertiary eduction. I read with heartbreak the story of Duduzile Mkhize who bravely took loans from friends and family and the SRC, and after graduating, faced a mountain of debt to repay for  the "privilege" of having studied. And that's a story from someone who can "afford" to do that. Most can't. It's too hard. 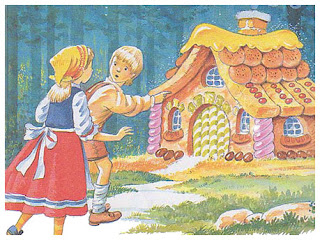 This also risks being a diversionary tactic. How fees fall can be decided by the policy makers, and if they decide not to subsidise education for those that can afford it, I don't think that is problematic, and neither should it be used to distract.

Follow the breadcrumbs. You may find the house of sweets that lured Hansel and Gretel to their fiery doom. I don't think so.

5. Students have a right to attend lectures and graduate this year. 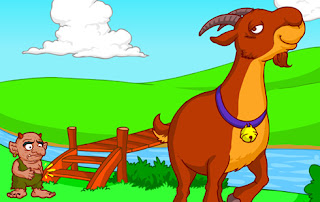 "No, Mister Troll. Don't eat me. My brother
Billy Goat Gruff is coming next year, or the year after. He's way fatter and tastier than me. Eat him, let me go."

There are many historical examples of people giving up their rights to achieve a greater good. With freedom and privilege, comes responsibility, and perhaps in those who have the privilege of education and the freedom to pursue it, there should be some sense of responsibility towards their fellow men to lend a helping hand.

6. The universities cannot do anything about fees, it's the government's responsibility - they made the promise.

I agree that in the current dispensation, universities are focussed on making ends meet, and from that perspective they are hamstrung. However, don't tell me that in the years since that promise was made and then reiterated, that university leadership has been blind to the growing concerns amongst students. 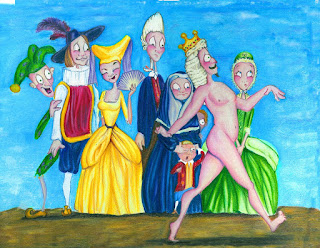 I respectfully submit that with a little more foresight, this could have been started to be addressed before, and the offers to "lobby alongside the students" have come too late. Why have there not been annual delegations to government to work this out prior to the anger and disruption that has had to take place? Why have we been pretending that the Emperor has any clothes on? He doesn't. You (and I) could have called it. 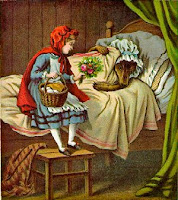 7. There is a "third force" behind these protests. If you know anything, the protests have been hijacked by those wanting to undermine government/education/the country.

This is like believing that a big, bad wolf can dress up as Red Riding Hood's grandmother, and that Red Riding Hood won't even realize it's not Grandma.

As a white person who graduated many years ago, I am part of a minority. I'm finding that the voices in my head, silenced because I'm not young, black or disadvantaged enough are starting to scream. And this is my blog, here the thoughts in my head come out to play.

What if the #FeesMust Fall movement is the Ugly Duckling, and we're pecking and shunning it, believing all our own fables? What if the students are right to believe the promises that government made, because government should be held accountable? What if this is a valid revolution? What if, heaven forbid, that ugly duckling really becomes a swan? 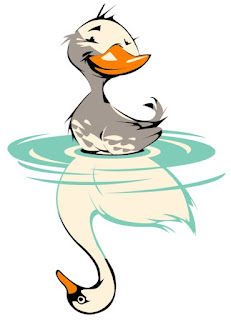 Now there's a fairy tale I can believe.

Somewhere in all this we want "and they all lived happily ever after". Disney only does these, stories like the Happy Prince don't seem to be considered.