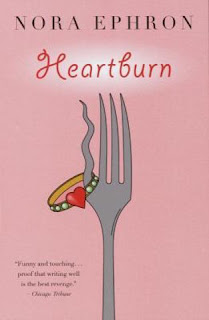 It's Friday, so it's time to hook up with other book admirers and share excerpts from the books around us. We join Book Beginnings, hosted by Rose City Reader, where you share the first line, and  a few thoughts about the book. 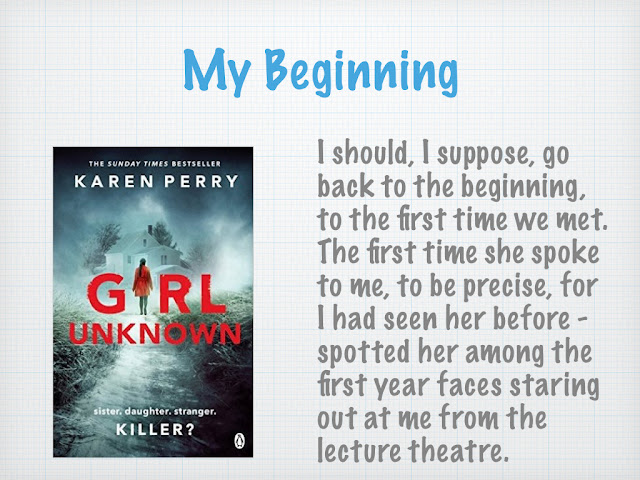 David is the one who spots this girl (David, the lecturer) - and she announces "'I think you might be my father . . .' 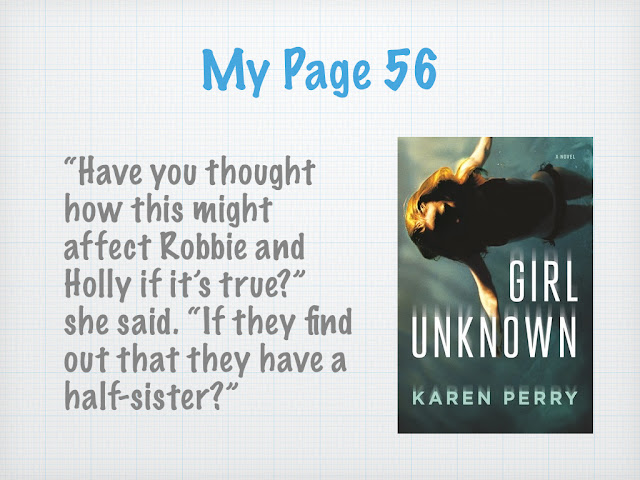 Karen Perry is the pen name of Dublin-based authors Paul Perry and Karen Gillece. I like the look of this one, even though I haven't read a word yet (except these snippets shared).

Enjoy your reading - leave me a comment and I'll visit you soon.
7 comments: