This is my Father's World

Sometimes, when we get caught up in too much thinking, worrying, and anxiety, we need to step away. Get out in to nature, take a deep breath, and listen.


Maltbie Davenport Babcock was born in 1858, attended Syracuse University and was a good student, athlete and musician. His first pastorate was in Lockport, and there he took frequent walks along the Niagara Escarpment telling his wife he was "going out to see the Father's world". He would run or hike a couple of miles into the countryside and lose himself in nature. When he was 42, his church gifted him with a trip to "the Holy Land". En route, at Naples, he contracted a bacterial fever and died. Shortly after his death in 1901 his wife published a compilation of Babcock's writings entitled Thoughts for Every-Day Living that contained the poem "My Father's World."

In 1915 Sheppard set it to music, "Shepard had been a close friend of Babcock's. Sheppard, apparently did not want to call attention to himself and signed using his initials rearranged as "S.F.L." Most sources state that Sheppard adapted the music from a traditional English melody. 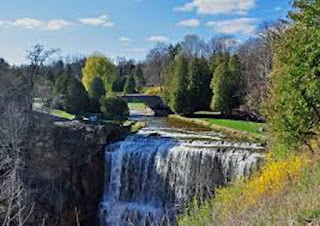 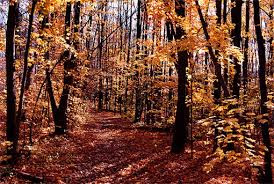 
Here's my favourite rendition, by Amy Grant. Lyrics only - the versions with pictures were icky.