The clip EVERYONE's been sharing is Trevor's response to the French Ambassador's criticism of his joke - where he said the World Cup wasn't won by France, but by Africa. If you haven't seen it, it's worth a watch.


In other news, Americans taste Australian food - vegemite with a spoon - really? I wouldn't even do that, and I like it.

An excellent take, from the Eusebius McKaiser show on truth, lies and bullshit.
It's long, but well worth a listen. Even if you stop at the calls - the difference between truth, lies - where we can still be held accountable, and bullshit - just make it up as you go along. Click the Zapiro cartoon for the podcast. 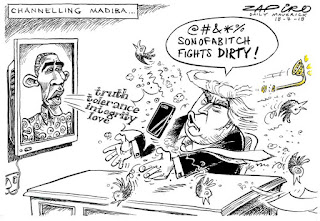 As it turns out, this has happened before...

And here's the KGB vs the KFC, as Trevor is Putin it.

So let's turn to "The kind of story we need right now" from Seth Myers - makes feel better.

And so does this, except is anyone else slightly concerned that there are no pictures of Mr Bates? 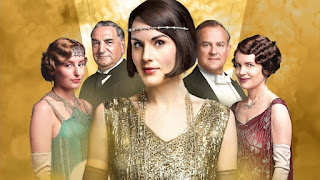 Waiting for Godot updated for 2018 - made me chuckle.

The answer to whether pink tax exists in SA is yes-look here. 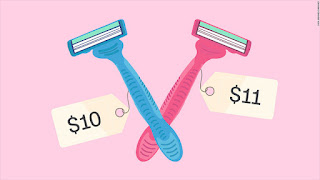 That's your Ten, people. Have an awesome weekend, and see y'all next week.

The Obama Mandela lecture feels like old news already, but here's the transcript and a link to the full speech, which is 1h24min, if you have some time this weekend, I'm sure it's worth a listen. 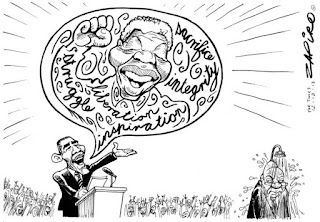