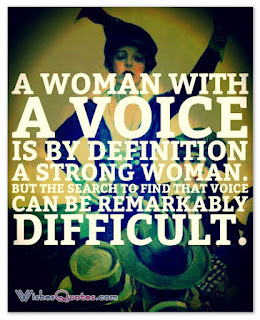 This post has been a long time coming. Today I had a delayed epiphany. I realised that yesterday was the happy coincidence of Women’s Day (in SA) and World Book Day (everywhere else), I am – a day late, I know – posting this commentary on why women write the best books. Well certainly the kind of books I like to read.

First, let’s just get Women’s Day out of the way. Although I like the event that it commemorates, I hate what it is called. Why should we get a day? What for? And if we get a day, what does that make every “normal” day? It prompts everyone who is not a woman to say “But when is Men’s day?” And then the answer – “Every other day”. Which would be funny, if not so often true.


We live in a men’s world.
Anyone who has tried to get a laptop, phone and handbag out of the boot whilst balancing 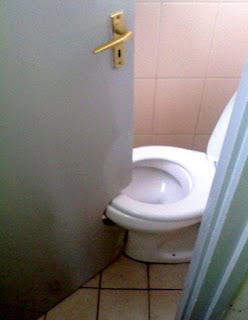 on high heels precarious on the cobble-stoned parking bay (both shoes and cobbles designed by men), dropped the phone, smashing the screen, to be berated by the family later in the day for being so stupid, has uttered a few curses in men’s direction. Of course, this happened whilst rushing so as not to be late for a meeting filled with only men dressed identically in grey suits, flat black leather shoes, phones and wallets in pockets and no laptops in sight. Heels combined with cobbles were made to torture women, and no man who has ever tried my feat would ever think of designing anything so stupid. Don’t even get me started on the two-pronged plug, and various adapters that certain types of plug can and can’t fit.

But, I digress…back to reading and writing…One of my favourite genres is crime/thriller writing, I grew up on Nelson de Mille, Wilbur Smith, John Grisham and later David Baldacci, Jeffery Deaver and Michael Connelly. I got used to the male hero, usually a detective or police officer of some description – sometimes perfect, usually flawed – work out the details of the crime, and solve it. There was usually some physical violent conflict in the novel, which escalated in intensity and frequency towards the end of the novel – for the movie.

I also, less frequently, it has to be said, did read books written by women for women. Like Danielle Steele, Penny Vincenzi and Marian Keyes, which are long gossip sessions. Depending on the writing, sometimes the human relationships are interesting and the character development great. Entertainment value is high in this kind of reading. The upside is that you can tell your husband the whole story over dinner, because there is no chance he would ever read that book.

But we have come a long way, people. In my recent reading experiences, I am finding out (and maybe it has been there all along – I did read Agatha Christie in my teens) that women can write one heck of a crime/thriller novel. What’s more, my husband is enjoying them more than I am. So we don’t share over dinner until we are both finished the book.

Crime writing has developed in a really good way. Although there are still a number of authors who focus on detectives/police departments solving crimes, with forensics involved – lovely stuff - there is more focus on the psychological aspect of the crimes, and the development of the characters. In my view, (maybe because of where I live, sadly) crime is more realistic in a setting of family relationships, drama and bad childhoods, than it is in the uncaring, poorly paid and demotivated police force. It feels closer to home. I can relate. The best example of this is Karin Slaughter. Although she does write (brilliantly) about medical forensics and the Georgia Bureau of Investigation in her first two series of novels, her latest books (Cop Town and Pretty Girls) are more about the people affected by the crime than the people solving the crime. I think she is one of the best crime writers around today. Then there is the delectable Janet Evanovich, who writes about bounty hunter Stephanie Plum in her books. So very funny, and a female heroine who is not a cop. 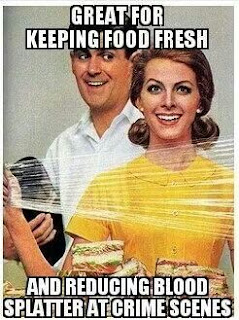 Let’s not forget Liane Moriarty. Liane started her authoring life as more of a Marian Keyes. Also hilarious. But her latest novel, Big Little Lies, has a murder. It is delicious. A combination of school car park chit-chat with a murder mystery thrown in that keeps you on the edge of your seat.

I cannot leave Gone Girl, by Gillian Flynn out. However you rated the book or the movie, you have to admit that it was gripping stuff. Her other books (Sharp Objects and Dark Places) were arguably even darker – but all three tense, and with a deep psychological element.

And then I will group Belinda Bauer, Tana French, Sharon Bolton and Lisa Jewell. I have to give you a disclaimer – I’ve only read one of Sharon Bolton’s books – Little Black Lies (still to be reviewed). Tana French does have a detective or two, the other authors write primarily murders/mysteries set firmly at home. All three women write taut thrillers that hook you and have you guessing and second-guessing all the way through. Their characters are amazingly drawn, and the plots are intricate and intense. 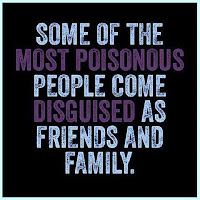 The best thing about these is that they are, at their core, human dramas. Like murders and mysteries should be. Because we all know that the truth is stranger than fiction, and the reason we love to read this stuff is that we truly believe it could happen to us. Or our neighbours, at the very least. That’s why, in my opinion, as a group, I think women are doing a better job of writing this kind of novel. They understand drama and all the layers of humanity that can make a person capable of murder inherently and instinctively. They also know what happens at home, with everybody. Who hasn’t wanted to commit murder (usually of her husband) whilst balancing a toddler on her hip at some stage in her life?

So try them, if you haven’t. Recommend them to your husband. And tell me I’m wrong. If you dare.