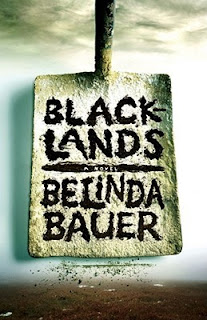 This is Belinda Bauer’s first novel and, according to the author, should be read before Darkside and Finder’s Keepers.

We meet Steven Lamb, who lives in Exmoor, a creepy place. His uncle disappeared on the moors many years before, and Steven thinks that if he can answer some questions about his uncle’s suspected death, it will help his family, especially his grandmother, cope better. So Steven starts his own investigation. He starts writing to a confessed paedophile, Arnold Avery, who is in prison after his conviction.

The writing is very good. The setting of scenes is one of the best parts of the novel. The author is an expert at thinking about what is going to tell the story best, and then putting her characters through their paces to take the reader to places in his or her mind that are scary, dangerous and thought-provoking. She then changes direction and introduces twists and turns with breathtaking speed. The children she writes about are particularly true to life, and I love how the quirks and struggles of each character are revealed with ease as the story unfolds.

A Belinda Bauer novel is exactly my definition of a perfect read. It’s hours spent in another world. That world captivates, entrances and delights me with realities that are not mine. I reluctantly read faster as the pace picks up, because I do not want to leave this world and go back to mine.

I have also read The Shut Eye and Rubbernecker, and I do think that they are better than Blacklands. But since they are all, in my view, such good reads, you should try them all. Start at the beginning with this one.

Also try The Facts of Life and Death by Belinda Bauer, or Black-Eyed Susans, by Julia Heaberlin.