Beneath the Surface by Jo Spain 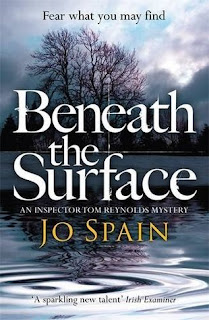 There. I should stop here. Based on that cover, you cannot stand there and tell me you don't want to read this book.

It opens in the mind of a dying man. He clearly doesn't want to die.

"I can’t bear it. I cannot stand the thought of leaving my girls, of not seeing them again."

Jo Spain's second novel, this is a series as far as Detective Tom Reynolds is concerned, but it's not really necessary to read them in order. There is nothing in this one that will spoil With our Blessing, which if you haven't read yet, you should. Right now.

Set in Leinster House, when above mentioned body is found, having fallen into the arms of an angel, and then dying trapping key evidence between his body and the floor, (I know, but I take spoilers VERY seriously.), the Irish police force, politicians, and their wives are in a panic. Leinster House is the seat of Parliament.

Everyone is a suspect, there are enough political shenanigans going on to find motives a-plenty, and that's before we even try to discover what they do after hours - when not (or maybe still) at Leinster House.

Jo worked there, she's Irish, and it feels like she delights in grabbing us and running through the passageways through the many entries into her world. Except I don't think the real one is a bad as the one in her head. Or maybe it is?

The plot starts with a fair amount of detail that makes for an absorbing read. There are funny moments, to relieve the tension, and heartbreaking scenes, where the detail overwhelms you with its heart-wrenching sadness. The characters are real and warm, cruel and hurt.

A fabulous 5 stars from me. 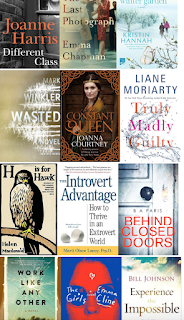 I was eying this one when you listed it on Friday. Will definitely keep see if I can find it. Your review made me want to look into the first one in the series as well!