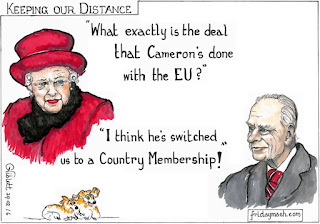 I came late to the Brexit party. I started noticing that there was an increasing chance of it happening, and that's when I started to pay any attention. Not that I have a vote, or significant global assets (any assets, really) or other interests that would be impacted either way.

I really didn't expect Brexit to happen. Neither did most people, apparently. And in typical human fashion there is a huge overreaction by both the leavers, who no doubt will overplay their winning, and the remainers who will wax lyrical about how bad this is for the entire universe. And those like me, largely unaffected, who are wailing louder than everyone. 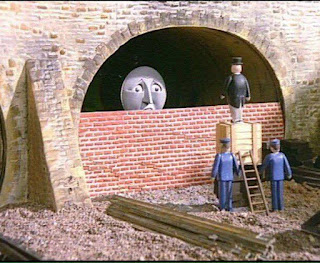 I am struggling with that. Sure, I realise that for some, the vote was for all the wrong reasons - concerns about immigration policy, needing more job security, ensuring that the value of business remained high, and so on. From my limited reading on the subject, isn't the heart of the matter that Britain has voted to have autonomy over itself, instead of being part of an EU that seems to be getting more dysfunctional by the day?

The result doesn't necessarily mean that Britain's policies on everything will automatically become diametrically opposed to the EU, it means they have the right to decide for themselves. And surely, in the long term, that isn't a bad thing. It also doesn't mean that Britain is speaking out for disunity, just independence. I get it.

That's all I  have to say for now. But I did find some funny clips. Because laughing at ourselves, whatever we believe, gives us perspective. And that's what we need right now. This first one has a language warning - set to music.


Of course, Buzzfeed went to the streets to find out whether Trump was scarier than Brexit.


But the funniest is this clip from "Yes Minister" of why Britain joined the EU in the first place.


Enjoy the rest of the weekend, everyone!