Yay it's Friday. The weekend is upon us. On Fridays we hook up with other book bloggers and share excerpts from the books around us.

We join Book Beginnings, hosted by Rose City Reader, where you share the first line, and  a few thoughts about the book. 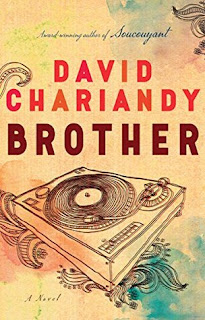 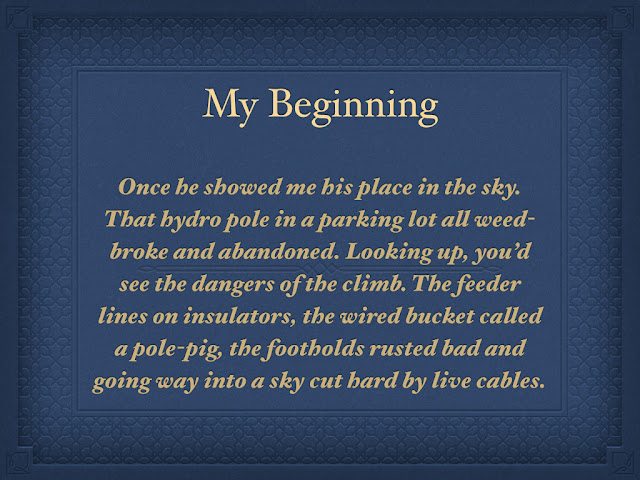 Although I love the writing, this opener feels a bit wrong to me. It really doesn't go with the rest of the book. It's hard to describe, but I have to say it feels a bit contrived. I'm not done yet, so maybe it'll make sense later, let's wait and see. But the writing is great, and so far I'm really enjoying it.

"With shimmering prose and mesmerizing precision, David Chariandy takes us inside the lives of Michael and Francis. They are the sons of Trinidadian immigrants, their father has disappeared and their mother works double, sometimes triple shifts so her boys might fulfill the elusive promise of their adopted home.
Coming of age in The Park, a cluster of town houses and leaning concrete towers in the disparaged outskirts of a sprawling city, Michael and Francis battle against the careless prejudices and low expectations that confront them as young men of black and brown ancestry -- teachers stream them into general classes; shopkeepers see them only as thieves; and strangers quicken their pace when the brothers are behind them. Always Michael and Francis escape into the cool air of the Rouge Valley, a scar of green wilderness that cuts through their neighbourhood, where they are free to imagine better lives for themselves. Propelled by the pulsing beats and styles of hip hop, Francis, the older of the two brothers, dreams of a future in music. Michael's dreams are of Aisha, the smartest girl in their high school whose own eyes are firmly set on a life elsewhere. But the bright hopes of all three are violently, irrevocably thwarted by a tragic shooting, and the police crackdown and suffocating suspicion that follow." 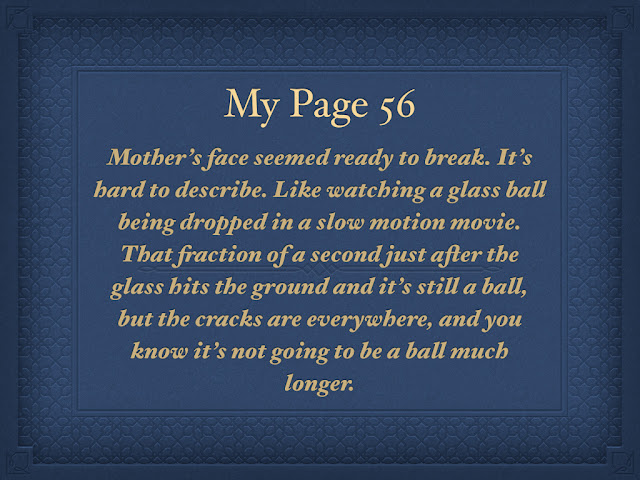 See what I mean? How great is that? So relishing every page of this book about these two brothers on the wrong side of the tracks.

Happy reading this weekend  - leave me a comment with what you're featuring and I'll check it out.

The language is compelling in this one. I'm glad you are enjoying it. This week I am spotlighting Close to the Edge by Dawn Ryder. Happy reading!

The place, sounds awful. Never heard of a pole-pig. The start makes it sounds very gritty
and well, like a murder is going to happen...

That 56 is awesome! Thanks for sharing, and here's mine: “ALTERNATE SIDE”

You're right. The beginning doesn't seem to match the rest, and it should. Those first few lines are how a reader decides whether to keep going, so it would seem that it should reflect the tone and substance of the rest of the book.

I love the way his mother is described. Sounds like a fantastic read! Happy weekend!

For me, the language is heavy and complicated.

Hope you'll enjoy it as you keep reading.

The opening doesn't particularly grab me, but from the other excerpt and the description, it sounds like it will be good. I hope you enjoy it! The writing is lovely. Thanks for sharing! Have a great weekend, Bev.