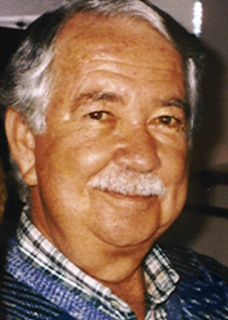 Do I see these things because I know him, or can you tell just by looking? The picture on the right is of a gentle, wise and loving soul – my father.

What you cannot see from the picture, but I see clearly, every time I think of him, is his eyes. Blue, according to his passport, but often with shades of green that echo mine, and sometimes tinged with fathomless grey. Yet the gorgeous colour is the least important thing to me about his eyes.

My father saw me when I was a little girl. He used those green-gray pearly blues to really see me.  He was an involved dad. He didn’t just see me running in races, swimming in galas or playing in piano eisteddfods. He saw so much more. He saw that everything I did – from trying so hard to do better at sports, at which I was a dismal failure, to dancing in a lilac ballet tutu to being top of my class – was because I wanted him to be proud of me.

We spent many long moments  gazing into each other’s eyes.
We both enjoyed that. Mostly over a meal, because we both loved eating too.  The benefit of that, apart from the pure pleasure, was that he knew me so well – not just what I was, but what I could become. And he told me - often  - that he knew I could do it, until I believed him.

He saw my joy when I achieved my goals, and he knew my worry when I prepared for some tough exams. He noticed my desperation when I failed (usually at domestic activities, to his own chagrin), and shared my enormous pride and joy at becoming a mother – twice over.  All I had to do at those moments of extreme pain or pleasure was look in his direction, catch his eyes, and know he got it. He got me.


Tomorrow in a month – on the 22nd July, my father would have turned 75. He passed away 12 years ago, and I will never stop missing him. I know his eyes are still on me, and my family, and he has left a legacy because of what he believed about us. We will never be as famous as the Kardashians (thank God), and it won’t be glaringly obvious, but the things that he stood for will endure in future generations.

We both loved this Amy Grant song, which captures my emotions so well.

“I may not be every mother's dream for her little girl,
And my face may not grace the mind of everyone in the world.
But that's all right, as long as I can have one wish I pray:
When people look inside my life, I want to hear them say,

I could end this with a preach about how the children of today’s generation need fathers like mine, but I think you’ve probably got it.

You may also enjoy Are you my mother? or Ten of the best