The Nix by Nathan Hill


Samuel Andresen-Anderson is a college professor, blocked writer, player of Elfscape - an online game where orcs troll elves - and our main protagonist. We meet him in 2011 - a hilarious encounter with a student - she insisting her work is original, he accusing her of plagiarism.

We then discover his absent mother has been arrested for assaulting Governor Packer - a crime that sets social media alight. Samuel doesn't know this hippie version of his runaway parent - but then, given she left home when he was a boy, does he know her at all?

It’s impossible to do this book justice in a limited word review. Samuel’s journey back to his childhood, his discovery of his mother’s truth, and the realities they must face in the present are presented with dark wit, engaging charm and sharp accuracy that had me laughing out loud one minute and gasping in agony the next.

The author’s take on the protest marches in Chicago in 1968, through the eyes of bar-bellied male bigots was enlightening. But then so was his exploration of news and fake news, feminism and bullying. This is epic storytelling at its very best. A debut novel that has been compared favourably with John Irving's work, who ups the ante and compares it to Dickens.

At 620 pages, it’s lengthy, and won’t appeal to all readers, but you’ll know soon enough - you’ll either love or hate this book.

I loved it. I suspect most will.

You may also enjoy I am Pilgrim by Terry Hayes, or John Irving's Avenue of Mysteries. 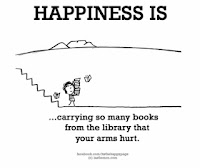 I'm so intrigued by this book and your review only amplifies this. I've preordered the paperback and I can't wait to read.