Well hello there. It's the fantabulous weekend.

Time to catch up on all we missed - and it was quite a week. All the Presidents at the UN, the testimony of Ford about Kavanaugh's behaviour, and some rants, followed by some great music.

Hope you find something you missed, or wanted to come back to. You know what to do - click on the pics for the stories, and come back for the rest, keep scrolling if you've seen it all before.


The United Nations laughs at Trump - here's the moment. And he was late. In NYC - if anyone should know how long the traffic takes, it's him. Unacceptable.

And then my favourite Prime Minister - Jacinda Ardern from New Zealand (here's why she's so awesome) explains to Steven Colbert why the UN laughed at Trump.

In reality, everyone's president sounded better than the Trumpet. Here's a proud moment, as Cyril unveils a Mandela statue at the UN.

Meanwhile, the Ford-Kavanaugh Hearings Will Be Remembered as a Grotesque Display of Patriarchal Resentment. Doreen St. Félix tells why in the New Yorker. 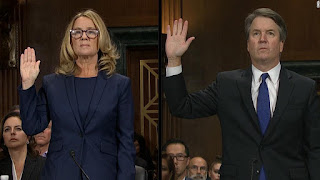 And Kamala Harris so eloquently puts Kavanaugh in his place, just by validating Ford.


As Justice Malala said - this next piece is wonderful journalism from #BBCAfricaEye. In July 2018, a horrifying video was shown on social media. 2 women & 2 young children are led away by a group of soldiers. They are blindfolded, forced to the ground, and shot 22 times.

I couldn't watch the video - but you don't have to if you're as squeamish as me - the pictures and comments on the Twitter thread tell the story, which works whether you've seen the awful footage or not. Good work. 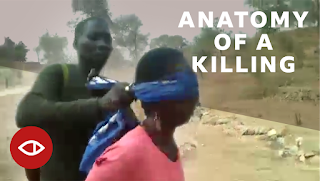 Jessica Shortall (pictured left) tries to remember everything, and she can't. She also can't tell everything.

In the context of the Kavanaugh hearing, the testimony of Blasey Ford is even more remarkable thinking this through. Click the clever tweet (or the photo) for the blog post. 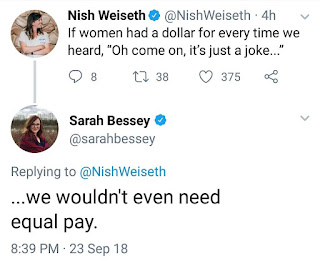 Are you walking for organ donation? Why not? Here are the details. It's such fun and for an amazing cause.

Andrea Bocelli said of this clip - "Anyone who is a parent, anyone who knows the precious responsibility of being a mother or a father, will fully grasp the meaning of this piece. ‘Fall On Me’ is the first time I have duetted with my son Matteo Bocelli".

Anthem Lights does an ABBA medley. I'm a sucker for this stuff.

And lastly, the baby elephant who thought the man was in danger. He was having a swim. So she rescued him. Just lovely. 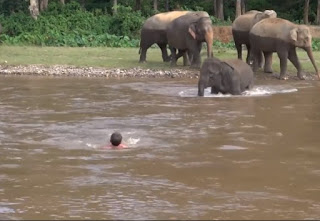 That's all for this week, everyone. Have fun, and enjoy the weekend. I intend to.

Always love Ten of the Best!