The Father by Anton Svensson 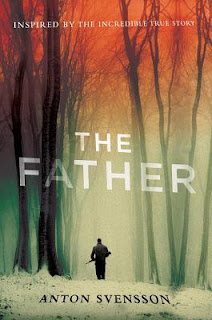 A Swedish crime-thriller. Inspired by a true story. With another book on the way. How does it get better than this? Read the book. It does.

I'm going to quote the blurb a bit to tell the story.

"The Father is inspired by the extraordinary true story of three brothers who committed ten audacious bank robberies in Sweden over the course of just two years.

None had committed a crime before. All were under 24 years old. All of them would be changed forever as individuals and as a family."

The Father, Leo, Felix and Vincent are the main characters with detective John Broncks trying to thwart their evil plans - and there are many. Detective Broncks comes from a similar background, where domestic violence leads to devastation.

And there's the catch, if you're into psychological thrillers, this gives so much insight not only into the "how" (which I think is largely fictional), but also the "why".

The other great thing about this book, is how the crimes were selected and edited and possibly dramatised for the fictional part. Truth is often stranger than fiction, but it's also longer and more boring to wade through, unless it's well told. This is.

At the end I discovered that Anton Svensson is a pseudonym for Anders Roslund (an investigative journalist) and Stefan Thunberg (a screenwriter). Stefan is also the fourth brother of the Military League - the name that the Swedish newspapers gave the criminal gang - i.e. another brother. Oh wow.

For those used to the violence and crime in this kind of book, you'll love it. But it is a dark and twisted tale, and it is portrayed in fairly graphic terms.

Loved it. Will be looking out for The Sons - part two of this story.

You may also enjoy The Good Daughter by Karin Slaughter or Dead Woman Walking by Sharon Bolton. Or what about Close Your Eyes by Michael Robotham?

This sounds like it would be a really interesting book, I am going to add it to my list!