The Failed #RepealAndReplace - Tweets and Toons

This week was the most epic fail in the Trump Presidency so far, with the failure of the #RepealandReplace of Obamacare with TrumpCare. As someone on Twitter pointed out, this wasn't A thing that the Republicans promised, it was THE thing.

I know you've had enough. But I need to do this. I've so enjoyed all the memes, and the pokes and the digs, and especially those that refer to things he said he'd do, and is now contradicting big time.

I have a need to put them all in one place. So that I won't forget. What he said. What happened. And then what we said back.

Because I know that in the fulness of time, all this may be forgotten. And I don't think it should be.

If you have no idea what I am talking about, read this first. This is what happened. On Friday, Trump and Ryan, realising that the bill that should have been a slam dunk was going to fail to be passed, pulled it, just before the vote.

And this with Republicans having full control of the House of Representatives. Click the picture for the NYT article. 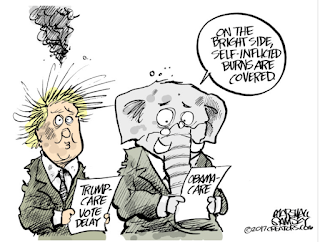 And just in case you're in a parallel universe that "forgot" that the POTUS ever promised to do this, here are the 70 tweets where he said he would. Click the tweet.

This was how my morning started on Saturday. With my favourite tweet. 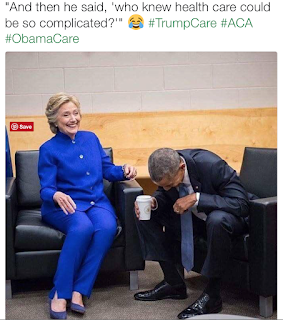 Followed by these hilarious ones.... 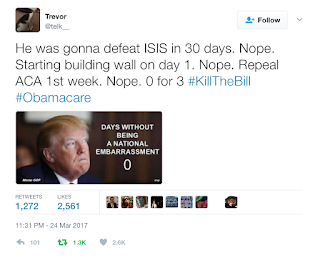 In case you need a little context for this next one - here you go. Kellyanne Conway believes that microwaves can spy on us all.. 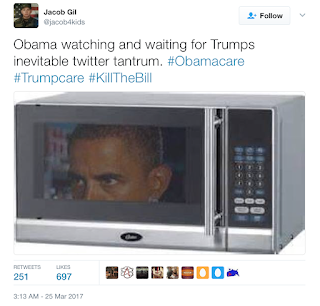 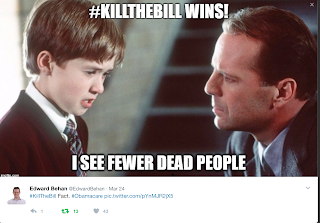 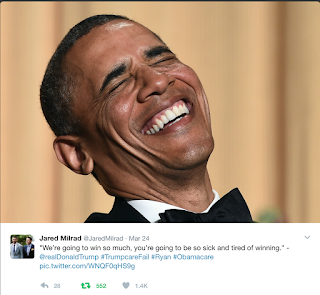 This was my second favourite... (Click to see the gif) 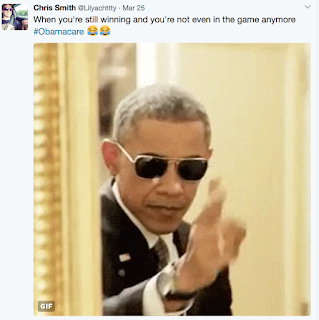 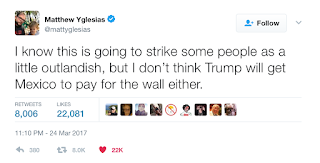 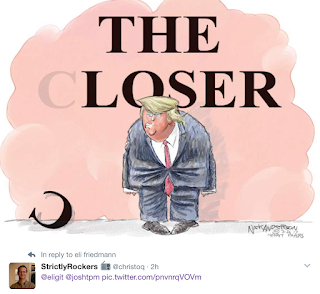 And then there were the cartoons - let's close off with a few of those, shall we? 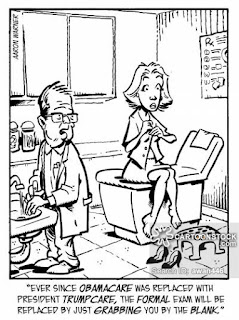 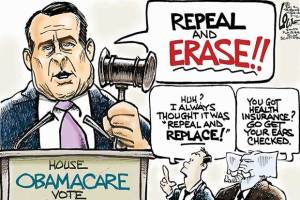 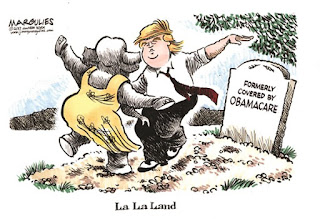 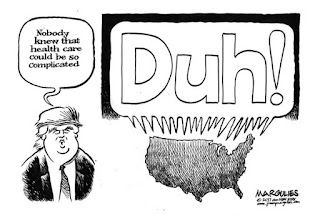 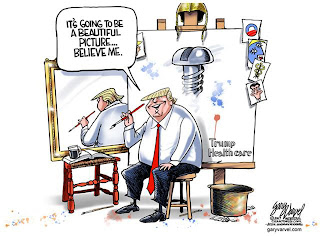 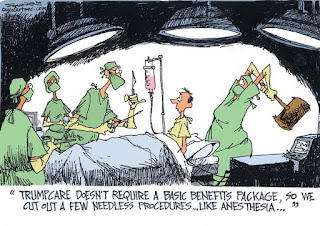 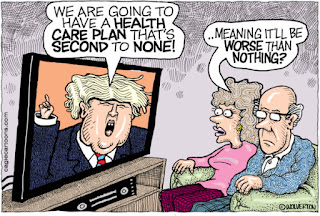 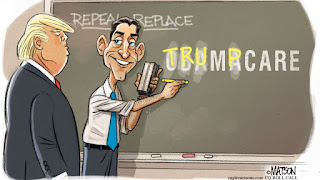 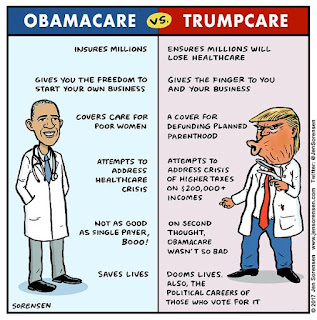 I don't really feel the need to close off with anything amusing - these kind of say it all, don't they?