The Sunrise by Victoria Hislop 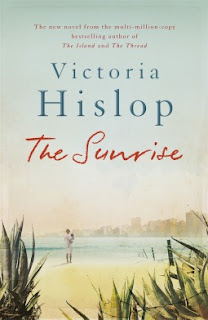 Victoria Hislop has become well-known for her historical fiction, which is a genre I love. The Island and The Thread were favourites of mine. The detailed research was evident in her writing, weaving in and out of the beautiful story, in both cases, with characters that were well developed and a plot that fitted the history, but also stood on its own.

This was not as good. ‘The Sunrise’ tells the story of three families in Famagusta from 1972 to 1974. Initially, Famagusta is a popular tourist destination, and developing, but this changes when a Greek coup forces the island into chaos. Greek Cypriots flee in one direction, Turkish Cypriots flee in the other, and the Turkish army invades to protect the Turkish Cypriot minority. The city empties as people run for their lives. Today, 40 years later, the city is still empty. Fascinating.

Although the research is evident, the lack of the development of the characters and the plot meant that this felt like a history lesson. The dialogue was awkward, and I struggled to care what happened to anyone.

Read her other novels, but don’t bother with this one. For better books in this genre, try The Whip by Karen Kondazian or even Ben Elton’s Two Brothers.