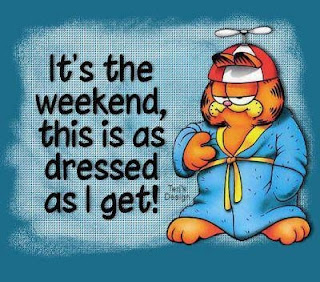 Yes, I know I said I'd never again.

1.  You guys make this such fun. There's such amazing stuff on your timelines, and I can never read/watch it all in a busy workweek, and I do so want to.

2. You've asked, so nicely, that even if I don't do this every week, I do it every "now and again". Ok, ok, that's not what you've asked, but that's probably all I can promise for now.

3. What else is there to do early on a Saturday morning, when I'm awake, and no one else is up? (Except all of you looking for this post). I love the tweeting birds in my ears, the morning air on my skin, and my fingers tapping the keys as I search for the stuff. I could do without the earphones in my ears, but then I may be divorced, so we'll leave those in, for now.

So here we are, checking out the best of last week on social media. You know how it works - click the pic/video link, and use your back button to come back here for more.

It's been a week. There was (always is) Trump. But there was also Manyi, who became a media baron, when the Guptas gave him a Gifta - ANN24 and New Age newspapers. Here's Poplak, hilarious as usual. Click Zapiro. 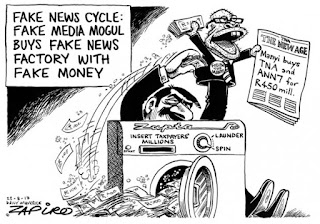 The NYT said it so well - the test of Nazism that Trump Failed. 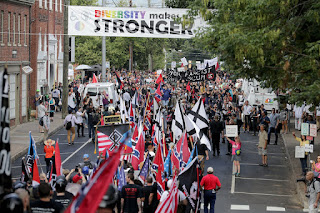 Trevor recaps -  Here are "the many sides" of DT. Serious Trump, Somber Trump, Freestyle Trump...What I don't get is how he thinks it's the media that makes him look like an idiot - all you have to do is listen to him - the longer you do, the more you shake your head.

So Arnie came back to deliver a message to Trump. Well said Arnie.

Tina Fey told us what we should do in response. It's called sheet caking. And it looks like fun. 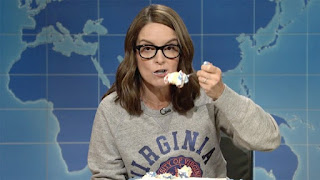 Malmesbury Spar puts on a performance of "Dancing Queen" in the store.

Such fun, but please don't call it a flash mob, people.

Did you know there was a musical instrument designed by Leonardo da Vinci? Me neither. For those of you who want the 10 minute clip, with detailed descriptions of how it works, and was built, click here. For the rest of you there's a 44s version below. Ladies and gentlemen - the Viola Organista...

I enjoyed these photographs of yore. They're captioned as "thought-provoking", and they are. The one below's the 1980 opening ceremony of the Olympic games in Moscow. 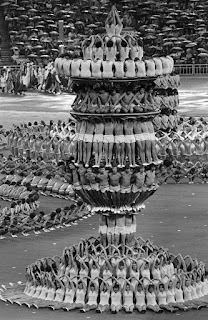 Came across this article - and some of the links are worth checking out too - The extraordinary relevance of girls schools. 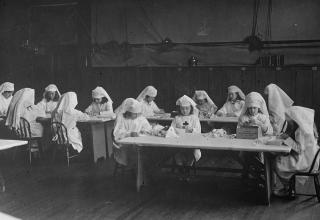 If you've been following my timeline, you have seen this already - an Ed Sheeran's Shape of You cover  just featuring Violin and Cello - It's the Ember Trio and it's wonderful.

And the bonus post - James and Will Smith in carpool karaoke. It's getting a bit too professional now, no?