The End of the Affair by Graham Greene 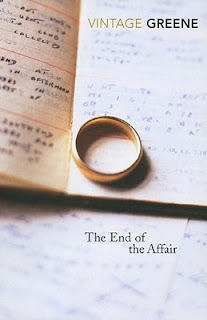 Who wouldn't love a classic, narrated by the delightful Colin Firth?

Well, maybe me, actually. I'm not sure, I'm fence-sitting on this one.

Maurice Bendrix is a writer, respected and liked. He has an affair with Sarah Miles, who is married to   Henry - a boring old fart, who is Maurice's friend. It's World War II, and Sarah ends the affair, abruptly, which drives Maurice rather mad. I'm going to stop right there, because even though this book is a classic, therefore old, and spoilable, I think I would have found it even more tiresome had someone spoiled it for me.

But maybe tiresome is a bit harsh. The writing was good- it flowed and it was very likeable. Thoughts on love, jealousy, faith, belief, doubt - all woven together for a pleasant experience. The narration was superb. Clearly not everyone has the same problems I had with the book, and either Colin Firth loved it too, or his acting is even better than I thought it was.

So what was the problem? Well, it was so flipping unbelievable. And Sarah, not half as well-written as Maurice, nor understood, nor unpacked, just annoyed me. I just couldn't relate to the flip-flopping faith/love/hate/war themes. They didn't resonate, and for that reason, after the events described above, everything felt false and wrong and weirdly silly. I'm not addicted to happy endings either, so it wasn't that. It just didn't hang together and irritated me. Loads. 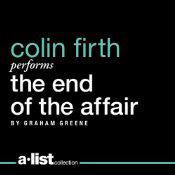 You should still read it though. It's worth it, not least of all to be able to say that you've read it. And download the Audible version. Colin Firth does redeem the experience.

You may also enjoy The Handmaid's Tale by Margaret Atwood, narrated by Claire Danes. Or what about Emile Zola's Thérèse Raquin?