It's irritating me that I have to log in to read this, so I'm posting it here, for those of you who feel the same. Jonathan Jansen's article on children, leadership and SONA. Word for word. And no annoying ads. 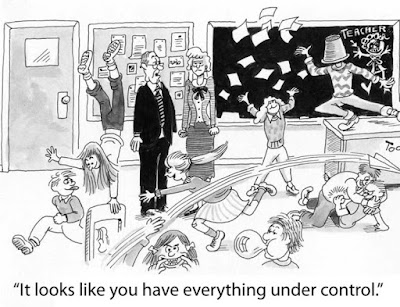 It was the late Philip Jackson who gave us the term “hidden curriculum” to describe the things children learn, inside but also outside the classroom, that are neither planned nor intended.

The explicit curriculum contains official knowledge —teachers are required to teach the structure of the atom or the meanings of metaphors or the reasons for the Great Trek. But children learn much more than what is printed in the school syllabus or the government’s Curriculum Assessment Policy Statements (CAPS).

In a good school, children line up for classes, wait their turn during question time and compete to win one of the academic or cultural or sporting awards of the school. In this way they learn about discipline, respect and achievement. In a dysfunctional school, on the other hand, children learn, when the teacher is always late for classes and the broken window never gets fixed and the toilet is a pit latrine, that they really do not matter to the adults around them.
There are scholars who argue that this hidden curriculum is even more powerful in shaping the values of youth than the official knowledge they are required to learn.

Which is what got me thinking about the powerful hidden curriculum that millions of young people are being “taught” by observing what is happening in South Africa over the past few days but, indeed, also during the past several years.

There are scholars who argue that this hidden curriculum is even more powerful in shaping the values of youth than the official knowledge they are required to learn.

They learn that you can be corrupt and still be a leader in this country; that you can conspire with wealthy, foreign families to steal this country bare and lie about it with impunity; that you can appoint to leadership in government the most incompetent people regardless of the consequences; that you can oversee the loss of lives of mentally challenged patients, leave the country for studies and then come back and blame everyone else; that state-owned entities are looting fields and that tenders offer routine opportunities for self-enrichment not selfless service to the public; that the powerful can defy the courts for as long as they can; that when you are angry as a man you can lash out and kick a woman from a rival political interest group on the ground; and that loyalty to the party is more important than loyalty to the country.

Young people are not stupid. They learn their most important values through careful observation of what happens around them and, importantly, from how influential adults behave in public life. This is the real damage of the Zuma presidency. It has made normal what should be repulsive. It has weakened democratic institutions. It has set such a low bar for public life that any lazy, unskilled and avaricious persona can make a run for office whether in a local municipality or the national government.

Young people observe these phenomena and make calculations of their own. Yes, a degree can be helpful in landing a job and hard work probably helps; but much easier to do and more quickly achieved is to get on that slimy path to deployment. That is how we should understand the political killings in parts of the country — somebody is a threat to the advancement of someone else, so the person gets taken out. And all the time the children are watching us.

As I passed through entrance to Parliament this week for a meeting with one of our ministers, the security staff greeted and told me that I should turn around — SONA was postponed. I was happy about this. I could not bear the thought that once again thousands of South African schoolchildren would have observed the hidden curriculum of chaos, crudity and impunity.

Not too long ago young people gained their confidence and modelled their behaviour on the life of Nelson Mandela. I hardly go anywhere in this beautiful country without a teacher quoting his famous statement: “Education is the most powerful weapon you can use to change the world.”

Mandela respected our public institutions and, when a wealthy person asked what they could do for the new South Africa, invariably he would ask them to build a school. To young people across the world, Madiba became the best example of a compelling hidden curriculum.

Our new government, and its leadership, will have to rebuild from scratch what the Zuma presidency destroyed. It could make a really good start by not paying the outgoing President Zuma as an encouragement for him to leave office. That would be simply a continuation of the destructive hidden curriculum to which we have all become accustomed.


The problem is that, in South Africa, the hidden curriculum is not so hidden after all.