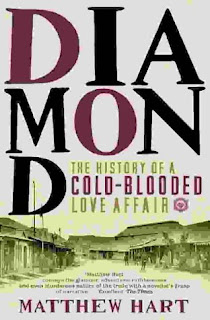 This was fascinating. The story starts "On a hot morning in May, 1999, three garimpeiros (small-scale miners) found a large pink diamond in the muddy waters of the Abaete River in Brazil, a discovery that captivated the entire diamond trade. Beginning with this dramatic and revealing tale, Matthew Hart embarks on a journey into an obsessive, largely hidden, and utterly fascinating world."

Well written, and strangely almost as obsessive as the colourful diamond miners who fill the pages with their exploits, wheeling and dealing and adventures.


"A great gem collects great tales, adding to its status as a jewel."

Of course there is quite a lot on South Africa, De Beers, how a diamond cartel operates, and the Oppenheimers.

"Diamonds are profoundly ancient....carbon, the stuff of diamonds is the fourth most abundant element in the universe. In 1987, astronomers observing a supernova (or exploding star) through spectroscopy, which analyses the light radiated by different substances, identified diamonds...These minute stellar diamonds probably formed in the fantastic pressures of the super wind thrown off by the exploding star." Twinkle, twinkle little star....like a diamond in the sky - Indeed.

The only part I found less interesting was the "Blood Diamond" section towards the end - this could have been me, but it wasn't as well developed as the rest of the book, which was a pity. 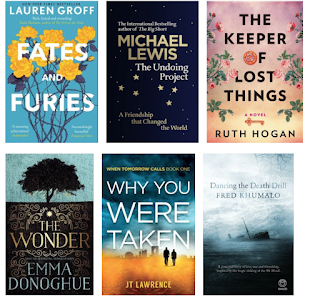