You're Never Weird on the Internet (Almost) by Felicia Day 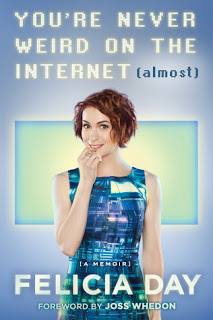 "From online entertainment mogul, actress, and “queen of the geeks” Felicia Day, a funny, quirky, and inspiring memoir about her unusual upbringing, her rise to Internet-stardom, and embracing her individuality to find success in Hollywood...

After growing up in the south where she was "home-schooled for hippie reasons", Felicia moved to Hollywood to pursue her dream of becoming an actress and was immediately typecast as a crazy cat-lady secretary. But Felicia’s misadventures in Hollywood led her to produce her own web series, own her own production company, and become an Internet star."

I'll be the first to admit that I had never heard of Felicia Day. I've yet to enjoy the wonders of Supernatural, and clearly I am not a gamer, or as internet geeky as I could be. However, I do enjoy a good memoir. And this is that. It didn't really matter that I wasn't ever exposed to her before.

Felicia tackled two difficult tasks head on when she wrote this. She tried to be honest and self deprecating, which makes for a much more pleasant reading experience, and she set out to be funny, which worked - this was hilarious.

I also learned things I didn't know about the whole world of fame, notoriety, and how cruel "fans" can be, especially if they deem there is something undeserved about your particular brand.

I admire Felicia for remaining true to who she is through all her life experiences, fighting hard to pursue her goals, keeping her dreams crystal clear and sparkly, despite opposition and most of all for retaining a sense of humour when it all did seem a bit shitty.

You may also enjoy Karma, Deception and a Pair of Red Ferraris by Elaine Taylor, or Jenny Lawson's Furiously Happy, or Gareth Crocker's Ka-Boom! 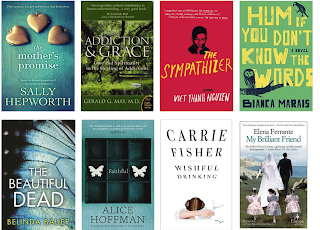