Why you were taken by JT Lawrence 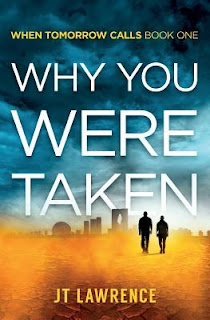 Why you were taken is set in Johannesburg, South Africa. Tick

"Jo’burg city is shimmering with a bitterbright tension, the perfect playground for a scarred, creative – and extremely efficient – assassin." Tick

"Kirsten is a roaming, restless synaesthete: an awarded photographer with bad habits and a fertility problem." Tick.

Set in 2021, there is a water and fertility crisis. Huh? Really? I don't read sci-fi futuristic novels.

Until now, that is. 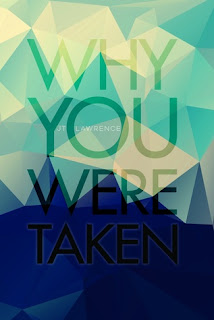 Kirsten and Seth don't know each other. Seth is brilliant. An engineer who works for a sort of spy organization that infiltrates to uncover evil. As Kirsten and her best friend Keke delve into Kirsten's past, meet the strange muttering lady who warns them, the adventure is on. And someone is out to kill them, to shut them up, forever.

If you're like me, you won't pick up books like this. Give me a psychological crime thriller, detective story, or well-written historical fiction, and I'm a happy girl. But this is JT Lawrence, who gave us The Underachieving Ovary and The Memory of Water. The woman is genius, has a way with words, and pushes all the boundaries. If she is brave enough to write a futuristic crime book, am I brave enough to read it? Hell yes.

I read it in a single sitting, lapping up each word. Oh, and this is the first in a series.

A sassy, sexy stunning seven, six, I mean five stars. Out of five, that is

You may also enjoy 11-22-63 by Stephen King. Or The Memory of Water by this author. None of these are all that comparable to this, but I'm lost for more.
SaveSave
SaveSave

Can't wait to start with this one as well! I've nominated it for for next month on the South African book lovers group on Goodreads as well. Spread the word!