Confessions of a Bookaholic - what to read next? 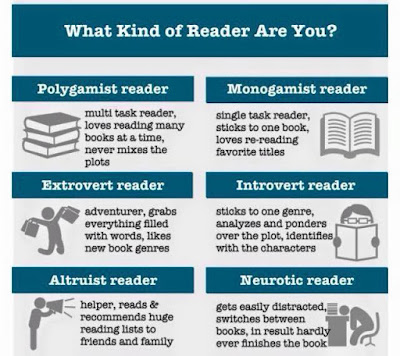 What kind of reader are you?

I scrolled past this post, hardly looking at it, but it caught my imagination, and I realized I have become something of an altruist reader of late. As in, I really want friends to enjoy the books I’ve enjoyed. Not all friends have to enjoy all books, but I do love it when I make a recommendation and the feedback is “I loved it too.”

The trouble is, I think that most of my friends are also altruistic readers. Yes you are, and you know who you are. Stop hiding behind that book you’ve put down to read this. So, to spread the love a little, I thought I’d share all the books you guys have added to my “to read” pile. Thank you so much for sharing. I feel completely overwhelmed. When I finally get through all these “to-reads”, I will be a very old lady. But hopefully we will still be friends. So, in no particular order, here are the books that I will be reading next.

1. First off, thanks to Natalie Simmons, who very generously lent me two books when we visited earlier this year. And we don’t see her that often. You’d think 6 months later I would have finished what she lent me. No, not yet. But I begged her to keep one. Now I have to read it. (I really want to, too.) Her husband Steve says “The butler did it.” I really hope that’s not a spoiler, because I so hate spoilers. It’s PD James – Shroud for a Nightingale. The blurb says: “Plenty of scrupulously laid false trails, credible detectives and a totally unexpected ending.” Doesn’t that sound superb?

2. My daughters do NOT have the same taste in books as I do. So I don’t make a habit of reading what they read. When I told them I was reading The Hunger Games, they couldn’t stop cringing. And they threatened me with all sorts of horrible endings to my life if I read Catching Fire and Mockingjay. God forbid we had a family discussion about it…

So I was amazed when one of them brought a book in Exclusive Books to me, said she had read it, and she thought I would like it. Talk about pressure. It was The Shadow of the Wind by Carlos Ruiz Zafón. Of course I bought it. I have since discovered that said daughter has another book in the series, and this one looks really pretty next to that one on her shelf…hmmm, I think I was had. Anyway I will definitely have to give it a try. Listen to this from the back cover: “more than 20 million readers have opened a heavy wooden door, stepped into the haunting world of the Cemetery of Forgotten Books and fallen in love. A book lover’s book, and a tale of obsession…” Say no more.


3. My hairstylist told me… Yes, you heard that right. We love discussing books and TV shows. The last few times I have been to waylay the grey, she has recommended “I am Pilgrim” by Terry Hayes. She tells me it is hectic, and based on the kinds of TV shows she watches (I would be too terrified), I believe her. It sounds just like my kind of book though. An international crime thriller. Long, twisty and surprising. I have the Audible version. I’ll let you know.


4. Another terrifying recommendation, but for a different reason is from Lyndsay Barr. It’s A little life by Hanya Yanagihara.

The reason this terrifies me, is that after Lyndsay read it, she said it ruined all her future reading. It was THAT good. She had to really try hard to start reading again. (She did though, with Gareth Crocker’s The Last Road Trip). For me, that is the most scary thought ever. A book that will make me want to stop reading. Forever. I have bought it. I have to start it. Soon. But somehow it keeps slipping down this list. I wonder why?

5. Thanks to my husband for number five, and also my sister. Wayne blogs on waynebouwer.wordpress.com, and he reads a lot too. If you go there, you will see his review for this. He says that this book has had such an impact on his life. It’s Soul Keeping by John Ortberg.

I may have been able to continue ignoring his glowing recommendation, but then my sister, who does like the same books I do, went and read it. And she is raving about it. And I already have it on Audible. And it is a relatively quick read. Just do it, Bev. Read it.

6. Good Morning Mr Mandela by Zelda le Grange has been highly praised by Lisa and Kirsten, both members of my book club. I usually love what they love, so this is what I took last month. If you pay attention, you will note that I only took one book from book club. Thank you so much. I was proud of myself. It was very difficult. You can see why – I have a lot to read.

7. This is beginning to sound like an Oscar acceptance speech. Thanks go to Amanda Patterson for 7, 8 and 9. Amanda gets me to review books for her and if I do, I get to keep them. She just added three thick books to my pile. Yes, I went one Saturday, intending to take one. I came away with three. Just as well I only took one from book club. Kate Morton is one of my all time favourite authors My very first of hers was The Forgotten Garden. I felt like it was written just for me. It was magical. I couldn’t forget it. She has recently written The Lake House and it is a must-read for me. I didn’t even read the back. Doesn't it look beautiful? 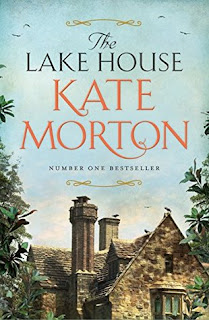 8. Marina Fiorato is also one of my favourites. She writes historical fiction, the first one I read being “The Venetian Contract”, which was gorgeous, set in Venice and Istanbul. “Kit” is about a woman who runs a tavern in Dublin in 1702, but then becomes a soldier (pretending she is male, obviously) to follow her husband to Italy. Just up my alley. She fights, falls in love and becomes a spy. It may even be true. Makes me so happy. Also a great cover. 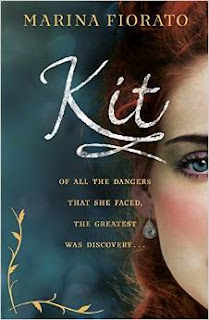 9. Aga Lesiewicz has written her first novel. It’s called Rebound. Looks a bit dark like The Girl on The Train, or Luckiest Girl Alive. I don’t know much about it, or Aga (which is a good thing for me). The cover which is black, with white and pink printing says – “I’m not a bad person, but maybe I did a bad thing.” Do you want to borrow it? In 2018, maybe, when I am done?

10. Let’s stop at ten, should we? I could go on. Seriously. But my heart is beating too fast, and the pile is threatening to rob me of much needed sleep until I am finished. Never mind haunted house, it may fall on my head and finish me off one night.

Number ten is all my own doing. I love reading Oliver Sacks. And he died this year, having just finished a biography of sorts. But the one I really want to read is Awakenings. It inspired a movie of the same name. It’s the remarkable story of a group of patients who contracted sleeping-sickness during the great epidemic just after World War I. Frozen for decades in a trance-like state, these men and women were given up as hopeless until 1969, when they were given a new drug L-DOPA, which had an astonishing, explosive, "awakening" effect. Dr. Sacks recounts the moving case histories of his patients, their lives, and the extraordinary transformations which went with their reintroduction to a changed world. 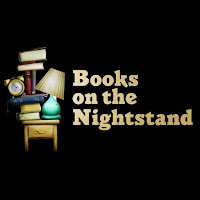 What are you reading? Let me know in the comments below.

Hope I’ve inspired you to read some more. Just spreading the love. Now the music is playing over my voice, and I really need to start with one of those books.

Here are some more recommendations, and a list of all my reviews.

Reading Rubbernecker by Belinda Bauer. New favourite author that you put me on to :)

I have finished I am Pilgrim - Watch out for the review, when i can work out what I thought. It was an epic read.

Awakenings review is also now done. Look out for it soon.