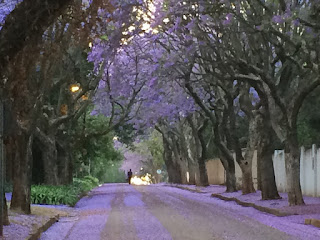 It doesn't take much looking to find inspiration for me these days. Mostly I just bounce out of bed and into my shoes, I'm that happy to be walking/running again. (that story is coming...) 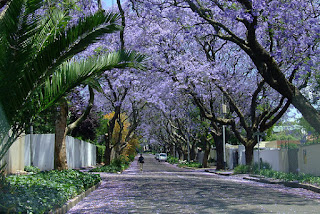 Yet, on a Monday, I have been known to find some pictures, some music, maybe even a few words to inspire us all to start the week the best way - with some exercise.

I have the pictures - this is my neighbourhood this week. Don't you just want to put your shoes on and join us? 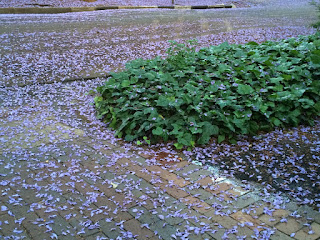 And the music? Heck, I'm glad you asked.
I stumbled across this classic from 2015 - Shut up and Dance, by Walk the Moon, and if it doesn't get your feet moving today, well then nothing will, and you can go back to sleep, with my permission.

But, even better, there's a story behind this song. And OMW, I love it when it's a good one. Click here if you want to hear them tell it themselves - I've copied the summary.

“‘Shut Up and Dance’ is based on a true story,” says singer Nicholas Petricca. “While we were out in L.A. actually writing for the new record, Talking Is Hard, we hit a roadblock writing the song that would become ‘Shut Up and Dance’; we didn’t have the chorus. We went out to blow off some steam at this awesome dance club and there was a girl there with a backless dress and beat up red Chucks who actually told me to shut up and dance with her.”

The true story, already in progress as a song, took some inspiration from other parts of real life also in the form of some of the guys’ favorite music. Petricca says listening to The Cars, Rick Springfield and Pat Benatar were sources of inspiration for the quirky track. And “big slammin’ guitars” were a necessity to what they call their “dork anthem.” But the song didn’t exactly come easily–or quickly.

Well, that just made my Monday. Hope yours is as good.