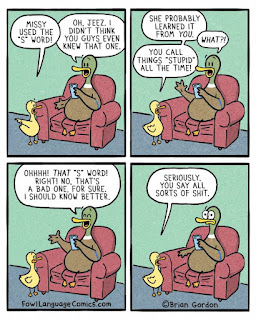 I don't know which weeks I prefer? The ones where I easily find six things to share and it takes hours (really) to find another four links that are as interesting/funny/ creative as the others. Or the ones where there are approximately one hundred and three (or eleventy three in Presidential speak) to trawl through and then choose.

I think I have a slight preference for the latter, which, you will be glad to know is this week. But it may result in this being posted a wee bit late. That is also because I stayed up past my bedtime last night - no, not because I watched the Sad State of the (non) Presidential (non) apology/it was my legal advisers/I never meant to do it/I've always supported the Constitution. Oh sod it - I'm not going to go there. I've seen my kids come up with far more creative excuses for so many less serious offences. I stayed up, ranting and reading, and wondering why I even expected the apology I didn't really get. Anyhow, instead of then cheering myself up with some good stuff from my social media feeds, I went to bed. Which was a good decision.

Ok, let's start with the political high this week. THE FINDING. For those outside SA's borders, our constitutional court found Zuma and his executive guilty of not upholding our constitution, and ordered that he had to listen to the Public Protector and pay back the money that was spent on "security upgrades" to his private residence, Nkandla (R257m). And the nicest article that covered it, imo, was The Guardian, from the UK. Click the Zapiro cartoon for the link. 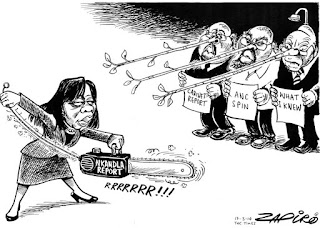 And then, at about 18h00 on Friday 1st April, when all jokes are over, we hear our esteemed President is addressing the nation at 19h00. We get out our popcorn (or in our case, copious amounts of chocolate and chocolate-related treats), and settle in to our comfy spots in the TV lounge. Some people are even daring to use the R (Resignation) word. Me, I thought not - kinda hoping for the A (Apology) word. What we got was the biggest load of Rubbish from the chief A-hole around. Ok, I'll post the summary of reactions. (Full speech here.) Another Zapiro cartoon, please. 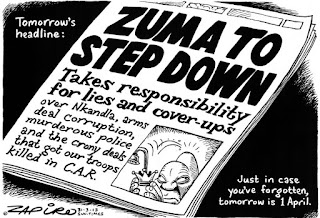 An afterword, in case you forgot, Mr President...


The role of the Public Protector is akin to that of an ombud and quite distinct from that of a judge. Similarly, reports emanating from a Public Protector process are not judgments to be followed under pain of a contempt order...
– President Jacob Zuma, 2014.

Way back in 2011, we were warned by Archbishop Desmond Tutu. Five years ago. Amazing how so many statements in this clip still ring true today.


And that's the politics for this week. Let's get with some real life. I loved this post from Sarah Bessey, about finding God in the ordinary. It's so beautiful, and true. 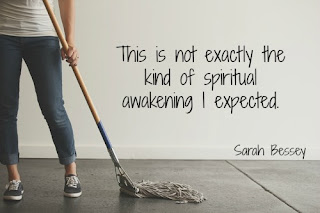 We haven't had a food post for a while. This post fascinated me. A scientific study done, on 37 gluten sensitive people, who went on three diets - high-gluten, low-gluten and no gluten. Interesting, not?


This may be old, but these images are AMAZING. 20 photos that amazed the world last year. They truly are worth a look. The one below is New York by night - looks like a circuit board, right? 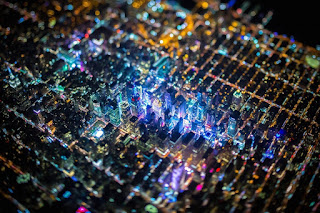 We also haven't had a book post for a while. This one is amusing - the story in one short sentence - i.e. your crib notes if you don't want to read the book, except you'll probably fail. If you click the pic, there's another image showing more books. 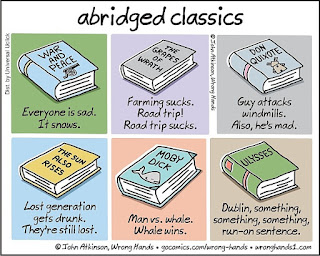 Did you know that in Victorian times, doctors thought reading made women "incurably insane". Hmm, I wonder? We're all mad here, certainly. Didn't Lewis Carroll say all the best people are? 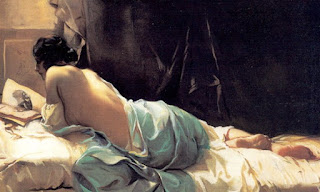 This is worth a read. And it's not too long. A white professor, "Klippies" Kritzinger, on white people and racism. I liked it. 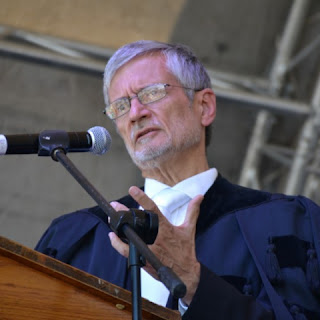 And...the bonus post... which you DON'T want to watch. You SHOULDN'T watch. Please don't. I'm sorry I did. I nearly quit about three times, and I cringed so hard, there are muscles in unmentionable places that now hurt.

Let me explain... I LOVE music parodies. Even by librarians. That "All about those books" of which there are many, are all watchable, and cute, and entertaining. Note to all librarians everywhere:

Here's Librarian Rhapsody. It's so not. Rhapsodic, that is.

Have a brilliant weekend, one and all.

Here's the link to last week.