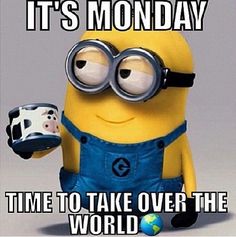 Still not ready to face the week? Still want that duvet and coffee to keep you there all day? I know the feeling.

But Monday it is, and the week will begin whether you are up and dressed or not. So, here's a thought. Instead of letting this week get to you, why don't you get at it first?

There is nothing that quietens my soul and fills my inspiration bottle like the sounds of wildlife. And this morning I was thinking about the sound of a lion's roar. Here's a quote from my favourite children's series about what one lion's roar did: 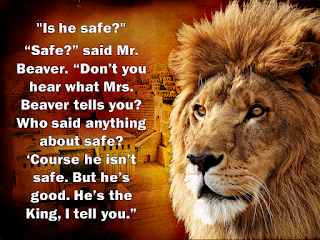 "At last they heard Aslan’s voice, “You can all come back,” he said. “I have settled the matter. She has renounced the claim on your brother’s blood.” And all over the hill there
was a noise as if everyone had been holding their breath and had now begun breathing again, and then a murmur of talk.
The Witch was just turning away with a look of fierce joy on her face when she stopped and said,
“But how do I know this promise will be kept?”
“Haa-a-arrh!” roared Aslan, half rising from his throne; and his great mouth opened wider and wider and the roar grew louder and louder, and the Witch, after staring for a moment with her lips wide apart, picked up her skirts and fairly ran for her life. " (From The Lion, the Witch and the Wardrobe by C.S. Lewis)

So the song - well it't not half as powerful as that image. But it does inspire us to roar today. Enjoy.