The Beautiful Dead by Belinda Bauer 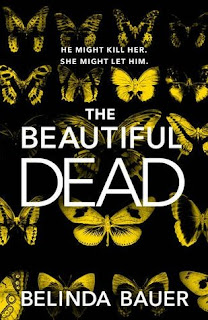 The Beautiful Dead is the story of Eve Singer, a TV crime reporter. She must get to the death scene first, uncover all the gruesome details, and even better, capture live interviews and gory footage on camera. Joe, the trusty cameraman is usually by her side to do this. A horrid job, but Eve is successful, which means we can’t like her that much. Even though we’re responsible for wanting the news she faithfully sniffs out from the smelly underbelly of society.

Eve’s father suffers from dementia, and she cares for him. You see, there is a reason we love Eve. There has to be. We can’t love her for the vital role she fulfils in society.

And then the killer on a bit of a spree starts to make contact with Eve, and we quickly realise she is being set up. For him, you see, murder is an art form. And Eve feels the same way. That's the connection.

I have read nearly everything that Belinda Bauer has written. (I’ve only got Finder’s Keepers to go, then even all her older ones are done.) I am therefore used to her wonderful dark sense of humour, her clever prose, quirky yet real characters and deft plotting. 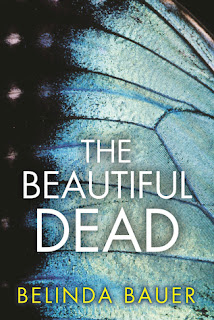 There was something missing from this book, though. And although all of the above boxes were ticked, I think it may have been a little bit of the setting, and the fact that the gasp factor was not as gut wrenching as usual. In past novels, I always felt that there was a great sense of place to create the perfect tension (Exmoor in the Blacklands trilogy, Limeburn in The Facts of Life and Death, the mortuary in Rubbernecker). Here the setting was great, but not an active contributor. And let’s face it, it’s an unusual yet great feature. As I mentioned before, if you’ve read more than one Belinda Bauer, the unusually extraordinary comes to be expected.

So perhaps I should go back and give all of Belinda’s older novels five stars and this one four stars, but I’m going to give this three instead, and tell you that if you haven’t read this fantastic author, you really should. And start with The Beautiful Dead (especially now that I've lowered your expectations); then go back and read all her other work. In a class of her own when it comes to crime writers, you won’t be sorry.


You may also enjoy The Shut Eye, or Rubbernecker, Blacklands or The Facts of Life and Death. Yes, all by Belinda Bauer. 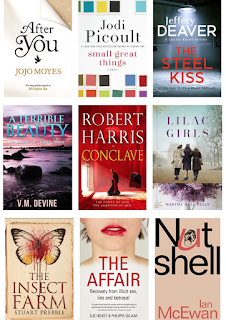