The end of the fairy tale

Gosh, was it only a week ago, that I, full of optimism about what our young protesters and university students may possibly achieve, had a rant in opposition to those who suggested that there were hidden agendas, that #feescanneverfall and that free university education was not something to be desired or pursued in our happily ever after? 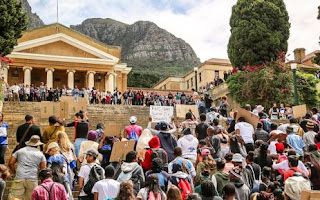 As early as Sunday evening, reports of extreme violence and looting occurred at WITS and in Braamfontein, with more students following suit across campuses in SA. UCT has now been closed for a total of 4 weeks, with classes resuming on Monday - mostly through internet access or ‘by correspondence’. Students must sit exams on the 7th of November, with no  study week, as is usual. Most universities have been affected in some way, and there are certainly fears of more violence ahead this week on the major campuses. Negotiations have failed and comparisons with Nixon's response to protesting students have been drawn..

Reflection is called for.  There have been opinion pieces on why the drama at our universities is mirroring what is happening in our country, and of course that is true. How the lack of leadership and vacuum of vision is plunging us into depression, recession and dark days. Indeed. Jonathan Jansen (who knows) warns us of a future without the academia that can produce future leaders able to inspire us all to a better future.

The truly tragic thing is that, despite our common causes (in support of Pravin, the case of state capture against the government and calls for an end to disruptions on campuses) the question is whether the Rainbow Nation’s believers are able to stand up and unite for anything? Have we forgotten the power in speaking with one voice? Are we so disillusioned by leaders that we can no longer trust a cause, not to mention the fallible person leading the charge?

Every post on social media that attempts to enlighten, raise a debate, or just make a point about any of these topics gets flooded, in a matter of minutes and seconds with angry responses, pointing out flaws in arguments, diverting to other causes, or even worse, making issues racial that aren’t. What follows quickly is a deterioration into all out war and plunder of our fellow man, including the publisher of the (sometimes) innocuous post. 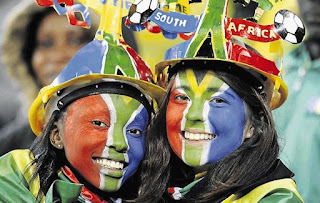 It makes me wonder - if we didn't have such easy access to each other’s unique voices and opinions and if we hadn't become so narcissistic about our own very specific needs and wants, maybe we would heed the call to come together for a common goal (see the end of JJ’s article in the FM)? Could we be less concerned about our differences and more determined about thrusting the common enemy out, even if a few ideologies that are fringe  - our own sacred cows, land up being sacrificed with him on the altar of our discontent. The problem with fairy tales, as we know, is that there is no way that we all can have a happily ever after. Is a sunset that includes mostly peace, freedom to follow dreams and the provision of basic human rights as per our Constitution, of which we are all so proud, possible? Dare we even dream it? 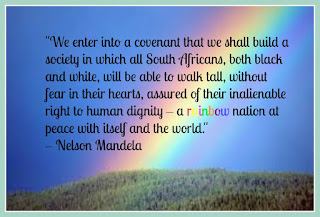 Maybe #Zumamustfall, #PravinGordhan and the end of #StateCapture must prevail and #FeesMustFall can happen. I would gladly forgo quite a lot myself to see that happen in our beautiful country.

PS I think Thuli Madonsela agrees with me 😜. Click the image below to see what she had to say yesterday. 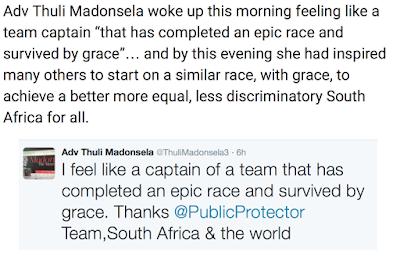 A bit more than a comment. A list of questions that some of your recent blogs have stirred up in my mind.

1. What do you think of when you hear the word “Progress”?
Does it mean getting better or worse?
When is it used?
When does it apply?
Can it be used when considering:-
• your children
• your career
• your life
• your living standards
• your moral/ethical/spiritual state

3. What is the difference between “to progress” and “to evolve”?
Ask the questions in item 1 using the word “evolve”.